Candy Fundraisers: 5 Reasons Why They Are Not So Sweet 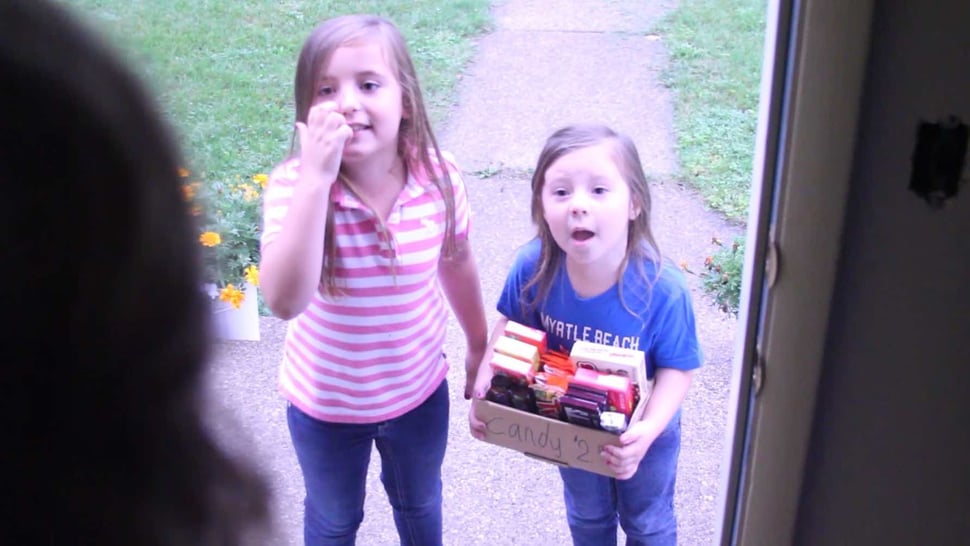 In the spirit of Halloween, and with our sweet tooths raging for trick-or-treat candy, we thought we’d talk about one of the more popular product fundraisers around: candy fundraising.

A fan favorite in the world of product fundraising, candy fundraisers raise money for your school, church, or sports team might have always been your go-to fundraiser. And we don’t blame you— who doesn’t love candy? But have you ever really given this cavity-inducing fundraiser a second thought? We did, and we came up with five reasons why candy fundraising isn’t so sweet.

With a direct sale product fundraiser like candy, you have to purchase all of the cases of candy before you sell them. The problem is, some groups don’t have enough money up front to buy the candy and start the fundraiser.

Candy fundraisers also involve risk because you don’t know if you’ll be able to sell all the candy you paid for up front. That can be a huge gamble for some organizations because there’s a chance you might not sell enough candy to break even.

2. You Have to Work with a Representative

Let’s face it— it can be a tall order to work with someone who isn’t familiar with your organization and what you need. Sometimes it even feels a little too sales-oriented instead of keeping your best interest in mind.

Unless you decide to purchase the entire $50+ box of candy for your kids’ fundraiser, there’s going to have to be some time dedicated to selling candy. While it would be nice if your kids took charge and sold everything, chances are, you’re going to be the one having to do all the selling, which Amanda Morin lamented in her post, Why I Refuse to Do (Most) School Fundraisers:

It all falls to you anyway. You have to go out and sell with them, your kids will ask you to take it to work with you. You’ll be the one to harass others.

Candy fundraisers hinge on competition, transforming your children into competitive little salespeople. Kids are told to sell more than their classmates, and while it all starts out friendly, that idea can put stress on your kids. Ask yourself if those are really the values you want to instill in your children as they’re trying to do a good thing and raise money for their school.

4. You Don’t Get to Keep All the Money You Make

When you’re working with a company who sells you products to turn around and sell, they’ll want to take a cut. That means even though your organization has paid for the candy up front and is doing all of the work, you’re not going to make everything you’ve earned, which is frustrating.

In fact, some fundraisers only let you earn up to a 40% profit. Think about all of the money that’s going back to the company even though you’ve been doing the work of pestering your family members, your friends, your neighbors, and your coworkers. It might leave you thinking if it’s even worth it to run a candy fundraiser.

5. Candy Fundraising Is Not Calorie-Free

Candy fundraising, amongst other food fundraisers, go against a lot of schools’ junk food policies. In fact, 31 states have significantly restricted unhealthy fundraisers, 26 of which are not allowing any exemptions from the USDA requirements while the other five states are more lenient and allow five exemptions per year. So it’s pretty clear that it can be conflicting to preach healthy eating to kids, but then ask them to sell junk food to raise money.

Candy fundraising isn’t calorie-free for you either. In all honesty, have you ever purchased candy from your kid's fundraiser just to be done with it?  The answer is probably yes, and that’s okay. At least if you’re indulging a little, though, wouldn’t you rather have homemade baked goods instead of unwrapping a candy bar?

As you can see, it has some pretty big downsides. In spite of those, it might seem like a candy fundraiser is still your best option to raise money, but we’ve got a better idea for you: gift card fundraising, i.e., scrip fundraising.

If you take anything away from this quick comparison, it should be this: scrip is a much sweeter option than candy fundraising!

Closing the Door on Door-to-Door Fundraising

Happy Halloween! Here’s What Scares Us